SPIN Magazine: PORTAL Wants You To Have A Good Trip 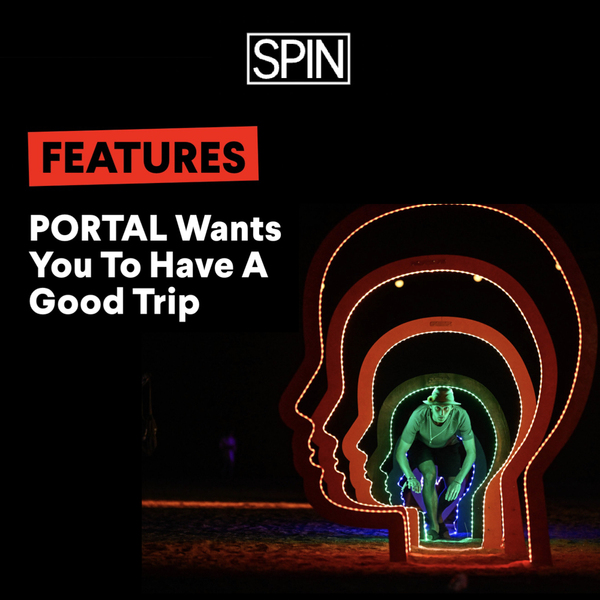 SPIN featured Propeller's psychedelic vertical, PORTAL, and some of its partners including Brandon Boyd of Incubus, Justin Boreta of The Glitch Mob, DoubleBlind, Desert Daze & MAPS.

Here's a clip from the article:

"Enter PORTAL, or the Partnership of Responsible Trippers Advocating Legalization. Created as a cause vertical within the website of leading music-driven social impact organization Propeller, PORTAL has three goals: de-stigmatize the responsible use of psychedelics, educate about their benefits, and advocate for legal accessibility.

The organization aggregates the work of both established and nascent players in the psychedelic space, from the long-running Multidisciplinary Association for Psychedelic Studies (MAPS) and Dance Safe to Chacruna and the Fireside Project, the latter of which is a psychedelic crisis hotline staffed by professionals trained to guide people through a trip. Also featured is Heroic Hearts Project, a non-profit bringing psychedelic therapies to veterans suffering with post-traumatic stress disorder.

As with Propeller's other issue areas such as climate change and abortion and LGBT+ rights, users accrue points by taking actions such as signing petitions, watching videos, or following psychedelic advocacy organizations on social media, and can then redeem them for concert tickets and exclusive fan experiences with a range of top artists. "We hope to be that bridge for how artists can leverage their platform and educate and inspire their fans to pay attention and take action around psychedelics," Propeller/PORTAL founder Brandon Deroche tells SPIN. "This isn't a political issue. It gives artists a way to eloquently talk about psychedelics and what they've done for them in their own lives.""