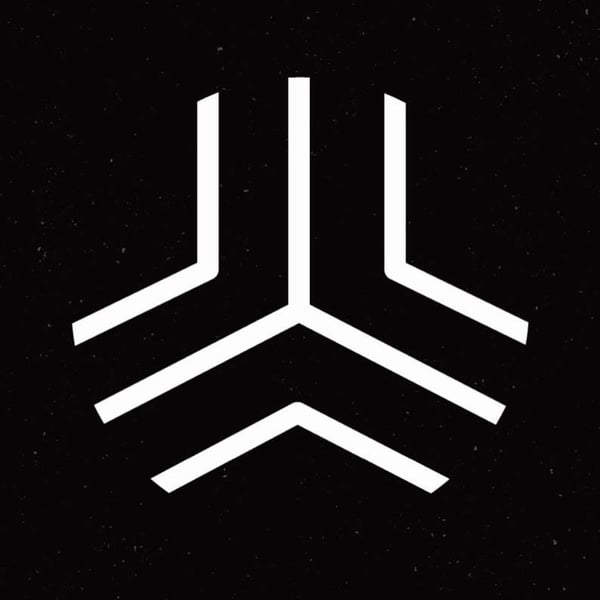 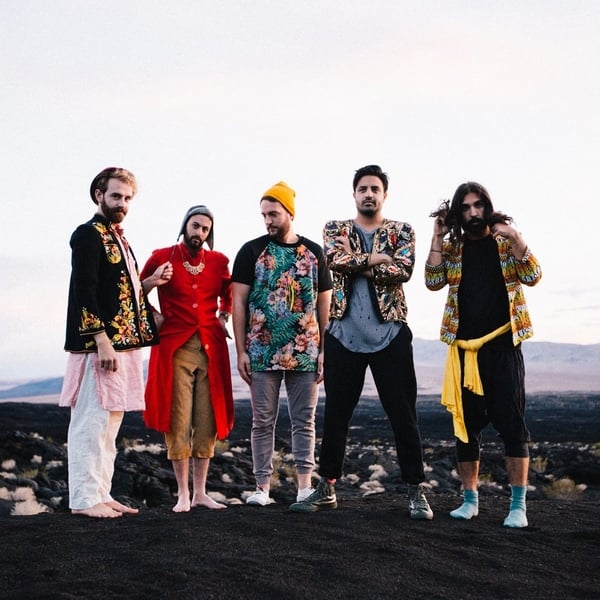 Young The Giant's last album Home of the Strange received a lot of press attention around its immigrant-themed lyrics, and they've been a band becoming increasingly known for their socially-conscioius views and support.

We got the chance to speak with guitar player, Jacob Tilley at the 2017 Outside Lands Music and Arts Festival in San Francisco, the day after the Charlottesville protest. Here's what Jacob had to say about that and other topics pertaining to social causes.

Brandon Deroche: We're here in San Francisco at a music festival. How do you feel when you're at a place like this knowing about something that's going on elsewhere, like what happened in Charlottesville yesterday?

Jacob Tilley: It's always surreal being on the West Coast of America. We were in Vancouver last night when we started to really see the headlines from Charlottesville yesterday.

Vancouver, San Francisco, and Los Angeles are havens of Liberal thinking and Progressive thought. I'm not surprised that all of a sudden there's a resurgence of neo-Nazi's and white supremacy, when you just have to look at what happened in the 2016 election cycle and what was incited in Trump’s campaign. Now these people feel validated and that they have a place for their message. Yes, there's freedom of speech, but it's really hard when it comes down to something like being supportive of a neo-Nazi group.

We lost millions of people in this world early on in this last century to this cause. A lot of people died so that this would never happen again. To have it come up and be validated again, then have Trump go on TV and read off a teleprompter, and not even look up and address the nation, it just shows you where his thought pattern is. He was just going through the motions, and didn't even address it and call it for what it is. It's white terrorism. Just like there is Islamic terrorism, we have to get to the point where there's a correct use of language in our nation.

We can't allow this to continue where he's bastardizing freedom of speech, and what it is that people have fought for. With this country to be where it is, sadly I think we're taking a step backwards. 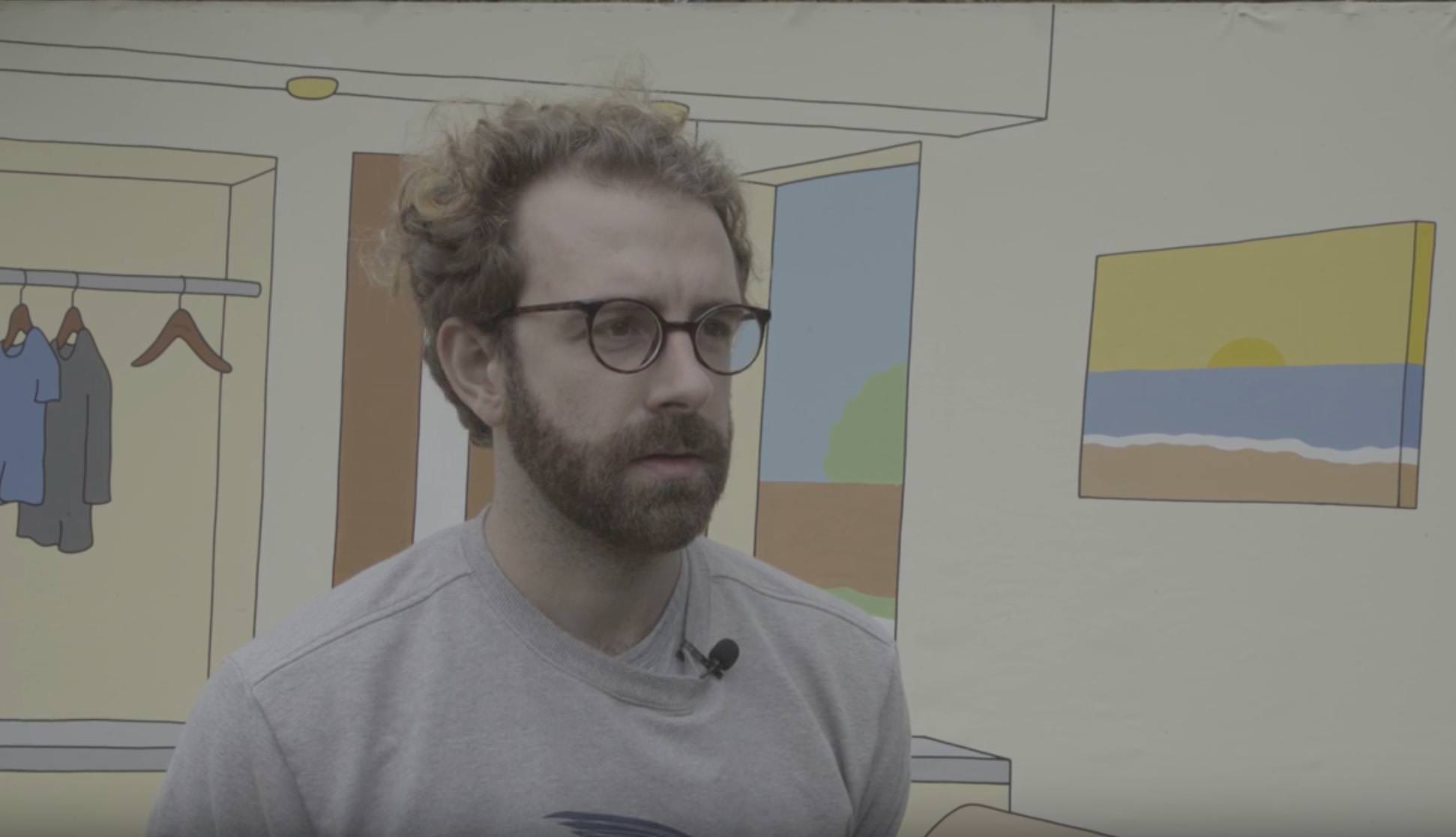 Brandon Deroche: Do you feel a responsibility to speak up on issues as an artist?

Jacob Tilley: On the last record Home of the Srange, we really started to rear our heads as songwriters with more of a direct message in our lyrics. We were trying to not be so surreal and flowery with the delivery.

One thing that we felt very strongly about at the time was what was happening in Syria and the immigration crisis. As 2015 and 2016 rolled on, we started to see it become a prominent part of the Republican agenda to really address immigration into the United States.

Sadly, what we saw happen was Trump rising up to power and making his way through the Primaries, and then starting to validate some very right-winged ideas on immigration. Now we've seen immigration the last six months drop by 50%, people are scared to come to this country that used to be a safe place for refugees.

We're seeing it in California already, crops are dying because of our work force all of a sudden disappearing. A lot of the immigrants of this country are actually the backbone of our economy. We need to address it, and figure out a way to reform it, but when are we going to learn from our mistakes in the past history and not villainize an entire group of people?

Brandon Deroche: How do you feel if your fans were to say, "shut up and entertain us"?

Jacob Tilley: Well, this is our entertainment. We're trying to bring some sort of well-rounded and widened music and art, and our representation of what we want to project into the world. If you don't like it, there's tons of other bubble gum, and you don't have to come to our shows.

Brandon Deroche: How has touring in the US and abroad impacted your perspective on these topics?

Jacob Tilley: We started touring when I was around 17 years old, and one of our first ventures as a band was out into Arizona. Sameer's Indian, and Payam is from Persian descendant, and we right away kind of felt something.

We left our little bubble of Orange County in Los Angeles, and attitudes changed as we went around the country. I think luckily with our music now that we've been doing this for 10 years, we've fostered our message. People know what we stand for. It's kind of funny because we've become even more insular to it all in certain ways. The people that come to our show are resonating with us and sharing our message.

Brandon Deroche: Why do you guys support Life Rolls On?

Jacob Tilley: Life Rolls on is very near and dear to my heart.

I moved to California when I was 12, and my dad surfed growing up, so it wasn't soon after we moved out here that we had the surfboard in the house.

My dad took us down to Newport to go see Step Into Liquid, that's the first time I'd heard of Jesse Billauer and his foundation.

Brief backstory to Jesse, he sadly suffered a spinal injury in his second vertebrae when he was growing up. He was 17, on his way to becoming a professional, then he became a quadriplegic. He has turned his life around, and made it a mission to help others rehabilitate and find peace in their conditions that they're in.

With charities and being in a band, you can give money to foundations and hope it goes to the right place. But with Life Rolls On, Jesse's a dear friend of mine now, and if you give money there, you go to the events and you see exactly what it's doing. It's all smiles.

Brandon Deroche: How do you feel about climate change being called a conspiracy from someone as high up as the President of the United States?

Jacob Tilley: I went to UC Santa Cruz for college, and I studied marine biology with an emphasis in environmental studies. When I was little I strived in science more than anything else. When I was young I was reading about emissions and what that was doing, and I brought it up to my mom. Even at the time it was so funny, because it’s been around longer than people have known, since the 60's, that emitting greenhouse gasses has cause and effect. Taking away validation from the scientific community, and the “hoax” thing, has been there for a long time. Proof is in the pudding at this point. In 2016 it was the hottest year on record, and 2017 is on its way.

Climate change is happening, and it's something that we can address. Even making a small contribution as an individual like reducing your plastic use, or riding your bike is really not enough. We fundamentally have to change the infrastructure of our society. How we use transportation, how we package our food, how we send airplanes up in the sky, our use of energy has to be completely revolutionized.

Right now we've got around six billion people on the earth -- we actually would need four planets just to sustain the American dream of a two car garage and five person family.

As a human race we need to look at what we're doing. Even things like music festivals and scrutinize every little bit of it. Figure out how we can continue, what we want as a community to enjoy and thrive together, but also dial back where we can.

Brandon Deroche: Can you touch on what's been happening recently with multiple artists committing suicide and struggling with mental health issues? How does being on the road affect your well-being?

Jacob Tilley: I'm optimistic when it comes to mental health in America, the stigmatism seems to kinda be disappearing a little bit. I don't know if that's because now socially we're all so interconnected and it's like anything. Your sexual orientation all of a sudden is not so taboo because your brother may be gay, or your best friend. Those are starting to strip away, and you're also seeing that with mental health. People aren't being so shy to say, "Hey, I'm suffering from depression," or, "I don't know these feelings and I need to label it so I can move forward and still persevere as a person and not be crippled by this thing I'm thinking."

Touring is really tough. I've never really struggled with anything too major, apart from being sleep deprived and missing my family. But, I know people that have all sorts of ailments. It really comes down to self-worth and self-care. Go and talk to someone if you need to talk to someone, to kind of give a noun to whatever you're feeling and going through. Its physical fitness, you can't sit on a tour bus and drink and smoke weed all day, you have to get up and go on a bike ride, go to yoga, go to the gym. Or, put your energy into arts and crafts, "I need to go paint."

I find some sound waves in my brain so I'm not so frantic anymore. I think of the days of Led Zepplin, The Who and all those big rock stars where there was a real life of debauchery. Even with what's just happened with Chester from Linkin Park, and I think my generation of musicians it's not as taboo. I think now I'm starting to see a real strive towards fitness and stuff.

People aren't as rich as they used to be in the music industry. So, I think without the affluence you can't really get up to as much mischief as you used to. I know it's changing and we've just got to look out for one another. Someone's having a hard day, give them love. They may not want to talk about it, just let them know that you're there and willing to listen if they need. It's maybe all they need.

Get Onboard
Experiences
Take Action
Rewards